Join  us for these FREE Outdoor Events!! 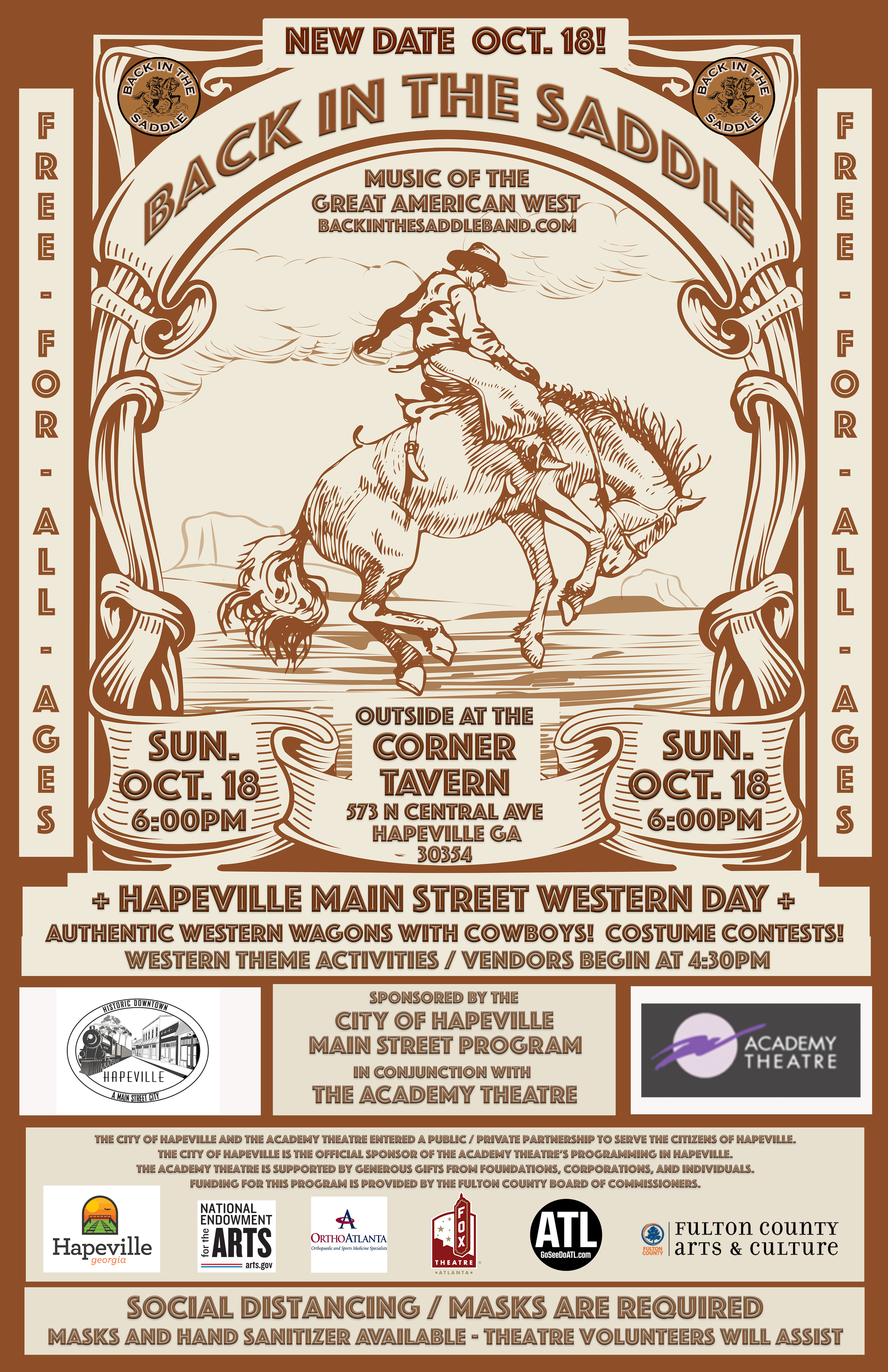 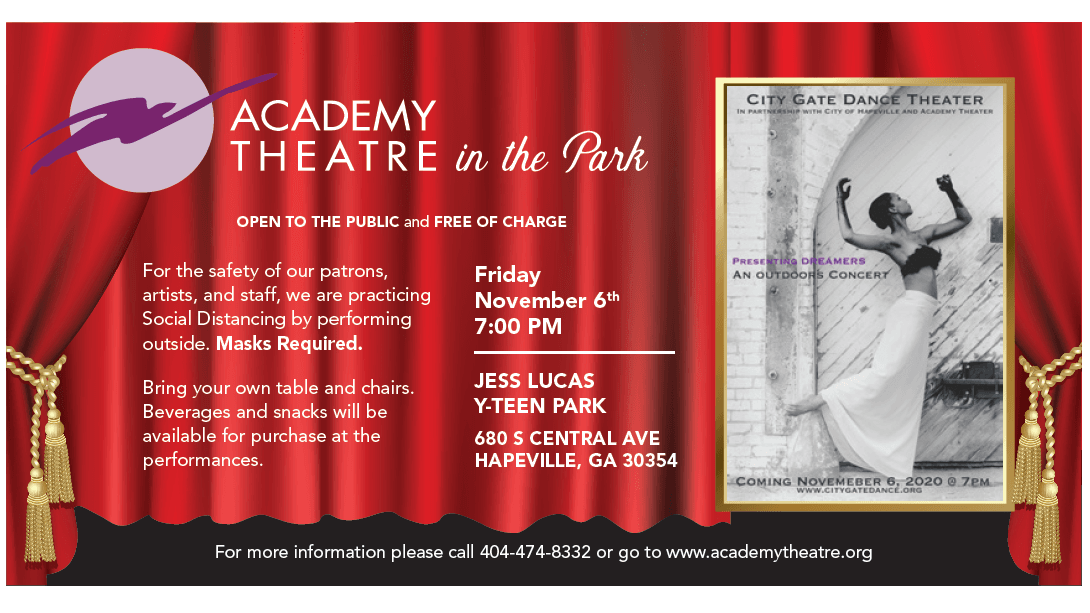 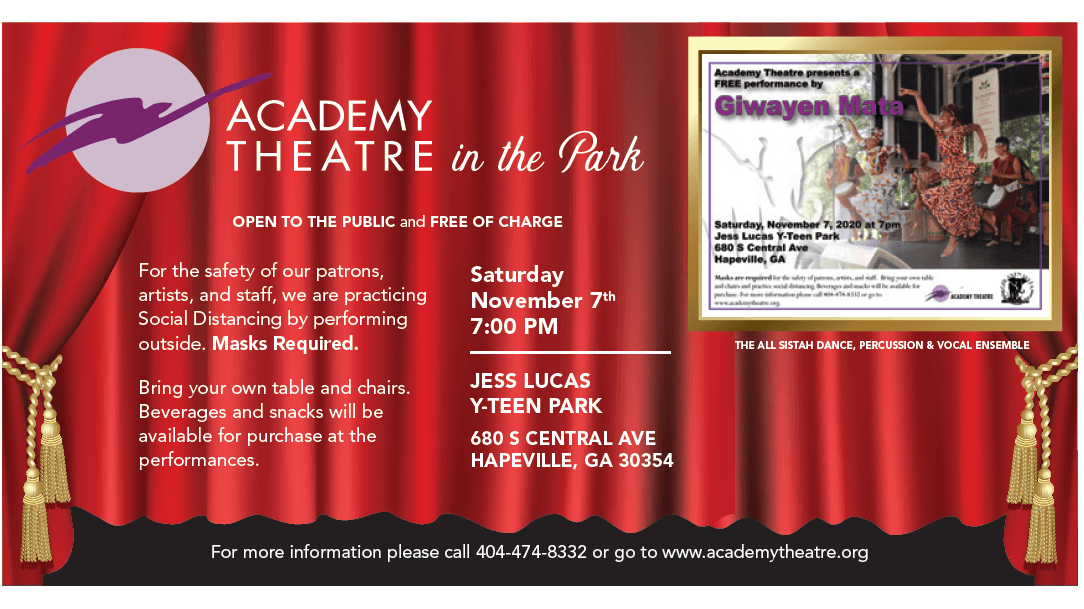 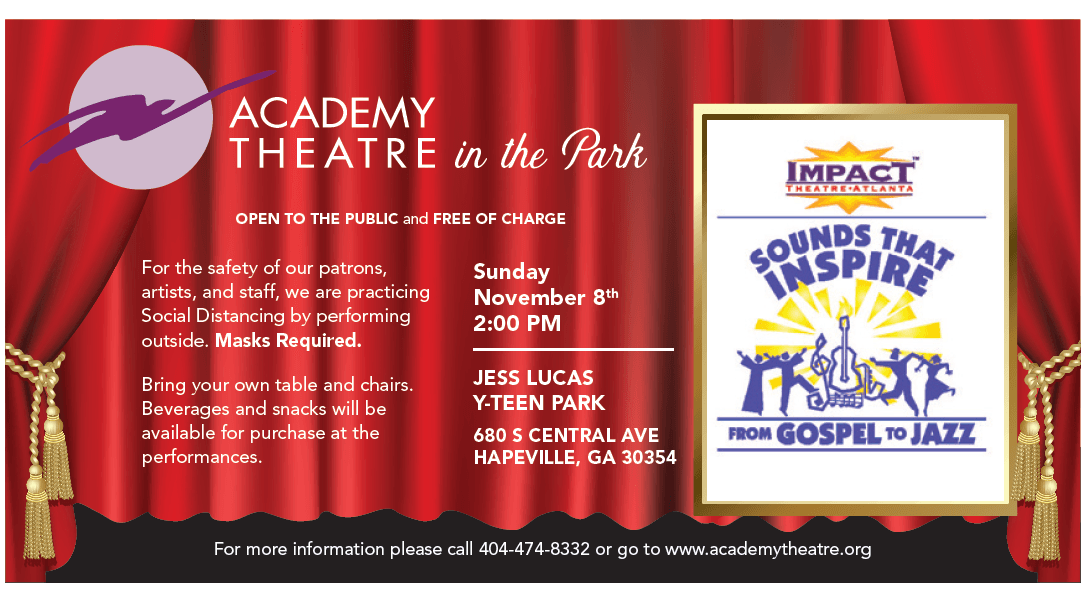 Hapeville Mayor and Council announced at the Happy Days Festival, in late September, that the Academy Theatre group was coming to downtown Hapeville. Artistic Director, Robert Drake enthusiastically informed Hapeville residents at the Happy Days Festival that the Academy Theatre will have an approximate 99-seat black box theatre that will host performances and classes, bringing an artistic vitality to downtown!

The City of Hapeville, owner of The Hapeville Performing Arts Center, located at 599 and 597 N. Central Avenue, purchased the downtown buildings as part of its Economic Development efforts. As part of its downtown revitalization efforts, the City recently leased the Hapeville Performing Arts Center to the Academy Theatre. The current space at 599 N. Central Avenue has been transformed into a temporary theatre with seating for approximately 85.

The City of Hapeville is the official sponsors of the Academy Theatre’s programming in Hapeville.